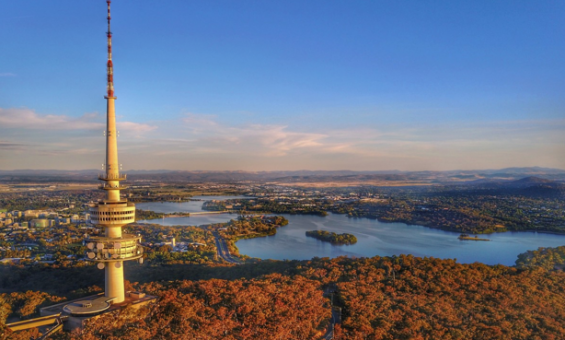 As Australia’s third most expensive capital city to buy a house, it’s important to keep in mind which suburbs are the most affordable when searching for your new home in Canberra.

The capital city is becoming more urbanised, and has a stronger economy with a high employment rate. In addition, the city’s affordability compared to Sydney and Melbourne makes Canberra a strong competitor in the Australian housing market. All of these factors have resulted in the higher median house prices.

During autumn this year, the median house price reached $733,786, a significant increase from the $705,059 a few months ago. It’s also expected increase to $770,000 by 2020, according to Domain Group. If these numbers sound alarming to you, take a look at the median prices for these suburbs.

The Cheapest Places to Live in North Canberra

North Canberra hosts the majority of the most affordable houses, which is why many first homebuyers are choosing to invest in this side of town. Here are the median prices of five noteworthy suburbs:

Belconnen plays host to a diverse population of students, families and professionals and surrounds the bottom three quarters of Lake Ginninderra. Host to parks, a shopping district, a number of excellent restaurants, and also The Basement for those of you who love seeing live music on the regular. There is plenty to do right at the doorstep of the homes of Belconnen residents.

Charnwood sits north west of the hustle and bustle of Bruce and Belconnen but is fast becoming a sought-after location for a first home among the population of young professionals looking to set down roots. Having gone through a transformation through the last few years, we are confident in our view that this is one of Canberra’s most underrated and affordable suburbs.

Macgregor is one of the quieter suburbs in the northern parts of Canberra. But the locals will tell you that that is a good thing. Surrounded by parkland and featuring a golf course, Macgregor residents are only a short drive away from major retailers and supermarkets.

Holt is a balance of built up and quiet. With restaurants, schools, churches and places to do your shopping in the eastern section, and a golf course taking up a large section of the west, there is a bit of both worlds in the suburb named after Australia’s late Prime Minister.

Named in tribute to the Ngunnawal people, and you will see plenty of references around the area to the people who inhabited this part of the world thousands of years prior to European settlement. This area is great and highly affordable for young families, with plenty of day care options and facilities.

These suburbs are all generally close to the city: about 15 minutes by car, which is great for those commuting to work in that area. These suburbs are close to shopping malls including the Canberra Centre and Westfield Belconnen, which are the hub of Canberra’s best restaurants, shops and nightlife. It’s also great for those attending the Australian National University and the University of Canberra, because it’s no more than a 10-15 minute drive.

The Cheapest Housing in South Canberra

Buyers who want to be closer to the snow, or generally have a preference for living in the south side of Canberra will find it harder to find affordable housing compared to north side. That’s not to say that the median house prices in these suburbs are significantly lower than the state’s overall median house prices. Consider these top five suburbs you could be living in:

At $480,000, the median house price in Banks is one of the most affordable in this section of Canberra, and this southernmost suburb is still only a 25-minute drive from the CBD. For those looking for a home in the city with quick access to Namadgi National Park and surrounds, this is a great place for young families to raise their children.

Richardson is another southern suburb that has seen a great deal of growth in recent years. The relatively inexpensive median house price has attracted a population of young families that has seen the area come to life. Fun fact: each of the streets in Richardson is named after a writer, with a particular emphasis on female writers. Richardson itself being the end of the nom de plume Henry Handel Richardson, the name under which Ethel Florence Lindesay Richardson.

A beautiful suburb tucked in just next to Richardson is Isabella Plains. Around 17km south-west of the CBD, this picturesque suburb has everything you could need, without feeling crowded. The locals might not all be over the moon about the parking situation you might find in the post-school rush, but we wouldn’t let that stop us when looking at this highly affordable and beautiful part of Canberra.

Chisholm shares a border with the neighbouring Gilmore, and the parkland that runs along that border is a popular place for those looking to get some exercise outdoors or walk their dogs. The suburb itself is full of sporting facilities, parklands and boasts excellent views of the Brindabella Mountains.

Just a touch further south is Theodore, a quieter suburb 19km from the CBD and perfect for those looking for a bit of space. There is not a great deal of shopping options to choose from in Theodore itself, but the surrounding areas have plenty to offer only a short drive from home.

Residents in south Canberra can take advantage of the close proximity to nature parks and reserves, including Wanniassa Nature Reserve and Big Monks Mountain. Moreover, these suburbs are suitable for couples raising a young family. In 2013, south Canberra was recorded to have the highest quality of life. This was base on factors including: levels of safety and security, the quality of the environment, young people in full-time work or education, air quality, job availability and Internet access.

If you have a tighter budget and don’t mind the commute with more peace and quiet, these suburbs could be ideal for you to call home.

Yass is a growing community situated north of Canberra and the Australian Capital Territory. For those comfortable with a slightly longer commute, the 45-minute drive to the Canberra CBD is a trade well worth it for new and growing families.

While not technically part of Canberra, or even part of the Australian Capital Territory, you would be hard pressed to find anyone in Canberra that wouldn’t say that Queanbeyan wasn’t ‘practically a part of Canberra’. Nevertheless, Queanbeyan is a city unto itself, and has all the things you would expect to find in a regional hub. While there are some odd disconnects in public services and transport that you might have to negotiate if you’re looking to work in Canberra, Queanbeyan is a brilliant choice for those looking to find an affordable home for themselves just a short distance from Canberra.

Karabar neighbours Queanbeyan and an excellent opportunity to stay in close to the city, while not having to struggle to find space when you want. With ready access to all the conveniences of Queanbeyan and only a short drive to Canberra itself, this suburb is full of opportunities to grow and live.

Karabar sits next to Queanbeyan and is a great